I am Nathaniel Mauger (Nate). My passions include Ohio, Ohio State University, and the outdoors - including trail running.

The Jesus Cow (2015) Michael Perry What is the secret to a happy life? Wait for it… The answer (according to our Hero, Harley) is: Low Overhead. And so it goes in the Garrison Keillor-ist tale of Swivel Wisconsin and factory worker, volunteer fire department member, gentleman farmer, bachelor – Harley. Who one Christmas eve is the recipient of a calf with the likeness of Jesus Christ on its side. Big trouble he thinks. Sure enough Big Trouble ensues. As well as some much

War Dogs (2014) Greg Bear Skyrine (Marine in the sky – get it?) Michael Venn is the here of this series. Aliens land on Earth and give us many new things but there is a catch. Remember the Twilight Zone where generous aliens help us and the “Holy Book” is called “To Serve Man” -Turns out it is a cook book. Well this is almost that bad. The catch here is that there is another alien race which was thought to be hostile and have the convenient name “Antags”. While they are 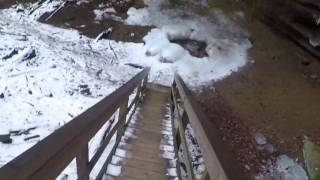